These Electronic Voice Phenomena (EVPs) were captured during the filming of a TV show “The Paranormal Zone” for the episode “The mystery of a haunted house” at Tanjung Jaga, Singkir, Kedah. Furthermore, the EVPs were arranged according to its original sequence – captured on a digital voice recorder.

Interestingly, the EVPs suggest that a few spirits were present during the investigation. While I was explaining the function of one of the ghost research equipment – the P-SB7, a spirit commented that the device allows communication with spirits. At the beginning of live conversation between the researcher and the spirits, there was a spirit mentioning that he was alone inside. Yet, the spirit could recognise me very well.

Later on, during further conversation between the researcher and the spirits, there were unknown EVPs that sounded Japanese. There was also a spirit who commented about the ‘ladies going off’ – referring to the ladies in the TV show team really leaving the place. Similarly, when I asked how many people were in the house, the spirit also could answer the exact total of people who came.

Therefore, these research findings suggest that when we are putting effort to show respect and reverence towards spirits, they will equally respond accordingly. At the same time, the research findings also proved that spirits can be present during a ghost research – but are not necessarily  seen.

Just me inside, Augustine – 12kb

We can’t hear you, can you repeat? You come Recca, same for you – 62kb

Researcher: We can’t hear you, can you repeat?

Researcher: How many people here? 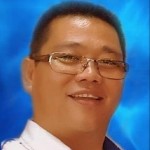 An Associate International Member of the UK Geographical Association, the Assistant Afternoon Supervisor of Gurun Secondary School (Kedah, Malaysia), a Geography teacher with 28 years of teaching experience and holds a masters degree in Geography, former outdoor education trainer, an education application developer, an environmental researcher, a photographer, a videographer, a book author, a solo paranormal and ghost researcher, as well as the sole founder of Malaysian Ghost Research.