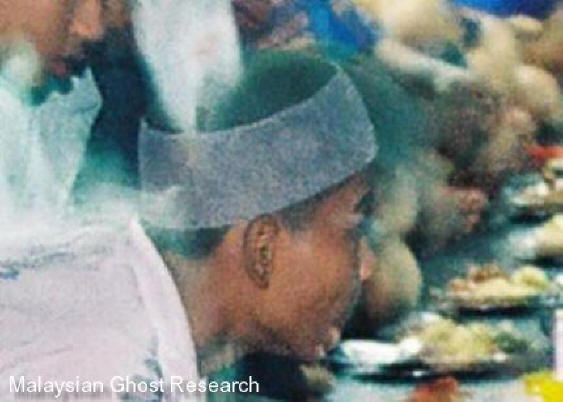 The Mystery beyond grave and the simplest evidence of the parallel universes reality.

Furthermore, while we are still alive and being a person that exists in matter and governed by the physical law, yet we are never separated with those of higher spiritual being that originated from the parallel universes. In fact,  the two-way communications with the higher being is always available as those of light being continue to communicate with us in many ways for a reason.

However, the communication between the light beings with us sometimes can be direct or indirect for certain purposes that may differ from one's experience to another. Yet, to understand the reason of the communication is totally based on one's ability to understand many events that happen along the journey of one's life within the continuum sphere of life.

Furthermore, since every one of us including every single fabric of living energy is entirely connected within the first source which is the source of all living energy's consciousness become one in God's Mind. Therefore, we entirely exist based on one body that truly is the duplicate image of the Divine Powers. In fact, the entire universe is a continuum of energy vibrations that we cannot see the exact borders that divide each plane, but truly that whole continuum is a universe that is God. Hence, the basic reason why the higher being from the parallel universes keep on continuing to communicates with us is because of the universal principal - The Oneness that we are one in God's Mind. We are truly parts of one body, God's consciousness that is based on universal love.

Therefore, what exactly are the parallel universes? Based on the new knowledge of the modern quantum physics beliefs, the parallel universes exist based on energy. In fact, the latest theorists also show that the parallel universes are invisible simply because light and other ordinary matters cannot traverse through them. Furthermore, the scientists thought the M Theory also believed that these higher dimensions exist in the form of curled tiny balls that is too small to be seen.

Similarly, the research findings of the Malaysian Ghost Research found that the existence of the parallel universes is based on the existence of energy that is related to the quantum mechanics.

Therefore, the Malaysian Ghost Research has documented well the best proof of the parallel universes existence through their research findings in which they captured the parallel dimensions overlapping in a photo at Bukit Hijau, Baling , Kedah back in 2005. Interestingly, most people who have viewed the photo suggest that what was captured on the photo from the Malaysian Ghost Research findings was faked and mostly offered a 'professional' comment that is based on personal perceptions. 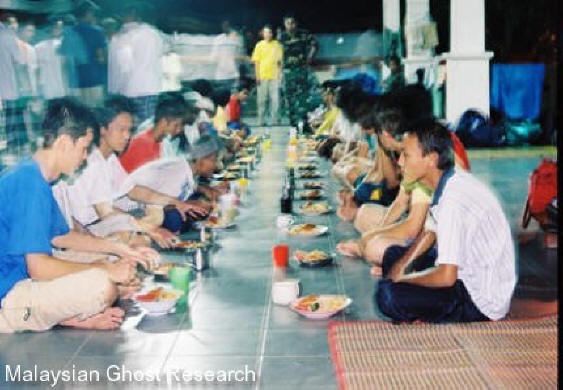 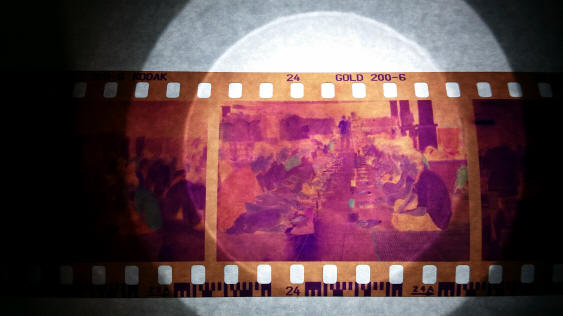 The supporting proof recaptured from a negative. 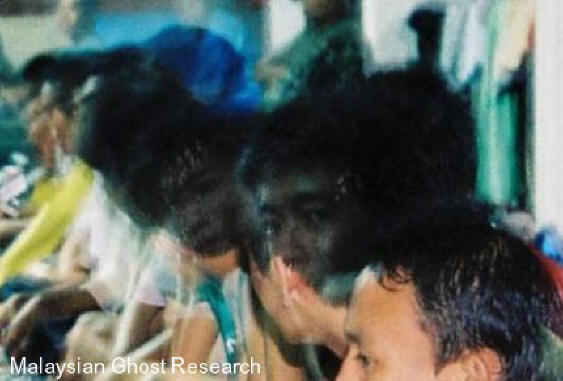 Distinct faces from the parallel world...

In fact, there are many of us who are interested in searching for the truth of the unknown within the spheres of life with the aid of highly sophisticated gadgets and scientific methods, yet still fail to obtain the very basic evidence of ghost existence other than what is considered to be explainable events, because of negativity and lack of respect towards spirits of the dead. Unfortunately, most of us do not realise that the greatest tools that become the basic needs in all human thinking and actions is none other that the universal love that connects every single fabric of living energy with the source of love which is God - The First source of super vibrations.

Hence, the basic tools for ghost hunting are already imbedded in us and coupled with the understanding of the universal love concept that not only are we able to establish a two-way communication with spirits of the dead but also spirits of the dead are more than happy to be part of our paranormal investigation.

Furthermore, in order to realise our personal spiritual developments, we don't need a degree, or we don't need a doctoral qualification from a famous college or university. What we need is a personal realisation, as personal spiritual growth is truly one's self total responsibility that is based on the freewill concept that we need to learn according to our own phase of ability. No matter how many times we return to life, we gain every single knowledge and experience that we may require in order for us to exist at the higher level of spirit dimensions.

Therefore, when we talk about the parallel universes, the nearest reference and the best options for us to understand the phenomenon is none other than to look at our own reflections which is the continuation of life that exist beyond the grave.

Furthermore, Malaysian Ghost Research has proven through their research findings that the parallel universes truly exist, yet no matter how we explore the parallel dimensions phenomenon, we won't be able to find the right answer until our knowledge reaches the perfection stage, when our consciousness is able to connect to the super conscious mind which is the Universal Mind. Hence, the truth is the parallel universes existence is within us, where the answer is just a breath away for us to be able to recognise and realise it, yet everything is centered on the extension of God's existence within the sphere of life.

This article has been revised on 27 December 2014.